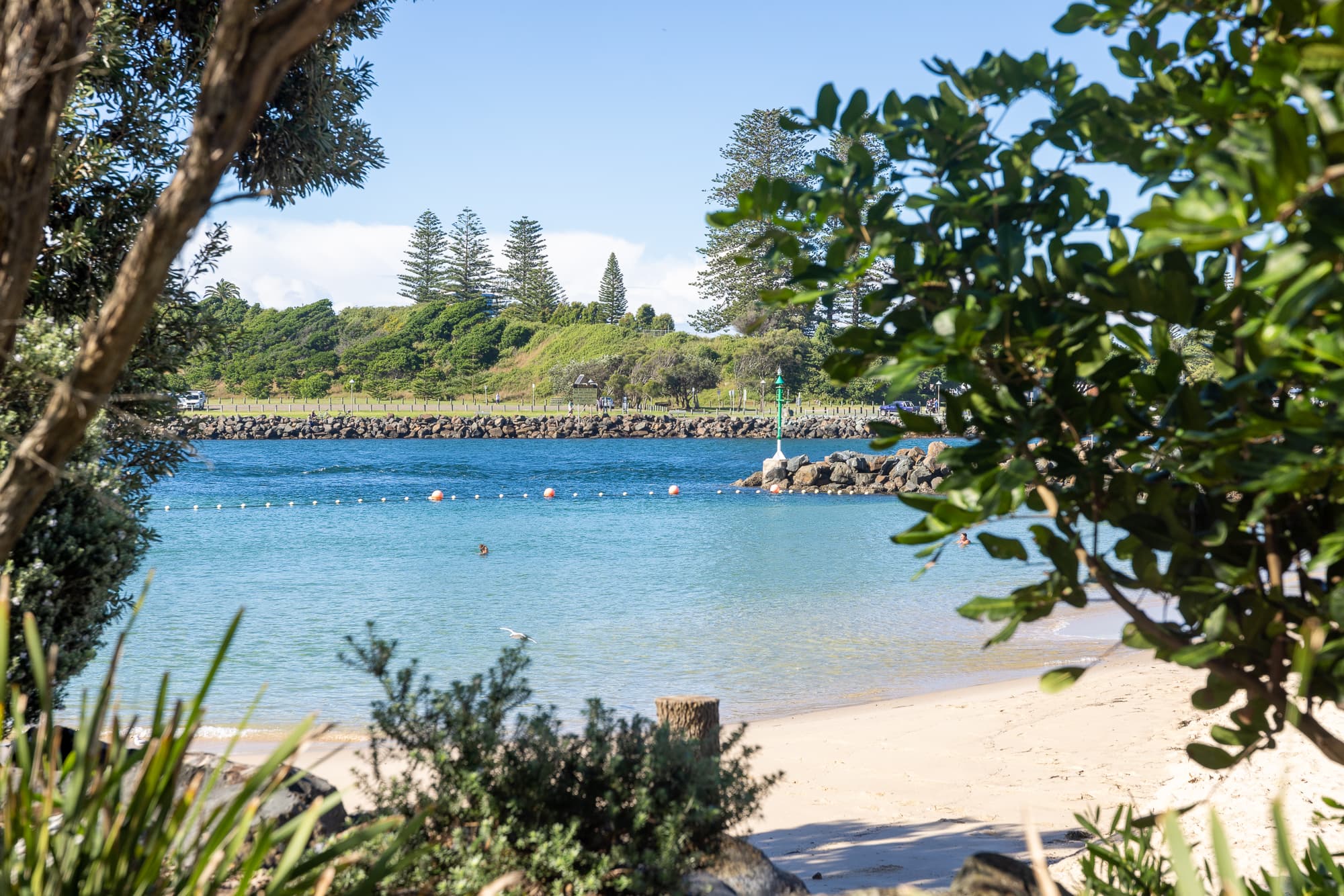 Tuncurry Rockpool is located at the end of Rockpool Rd, Tuncurry. It offers a rock pool, grassed areas, a kiosk, showers, toilets, playground and picnic area with barbecue facilities. You can walk out to the end of the breakwater where dolphins can often be seen at play.

The Forster/Tuncurry area has a number of beaches.

Forster Main Beach is adjacent the southern breakwater in Forster. Patrolled in season, it has amenities, a cafe and ocean baths at its eastern edge. Adjacent the baths is Second Head and on the eastern side of this headland is Pebbly Beach, which is another good surfing spot.

A little further east is “The Tanks“, an unusual rock formation where the waves crash over a rock wall into a protected and safe swimming area.

One Mile Beach is another good surfing location, with grassed picnic and barbecue areas at its southern end, a surf club, a kiosk, showers and toilets. It is patrolled is season.

Burgess Beach is next going south, a small and quiet beach accessed by a steep path which runs off Burgess Road. It is a good spot for families, with scattered rock formations along the waters edge.

Surfing can also be enjoyed at Tiona, which is part of Seven Mile Beach, south of Cape Hawke.